After your electrical job has been finished, leave us a review of how we did on Google to receive a $5 visa gift card.* It's that easy!

Check Out Our Offers 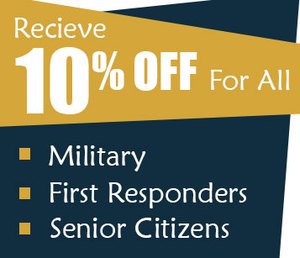 Leave Us A Review On Yelp!

Are Surge Protectors Worth the Investment?

What is a Power Surge and Why is it Harmful?

A power surge is an excess of voltage from power lines usually caused by the power supplier. When an oversupply of power happens, it makes its way to the outlets in your home or business. Devices such as appliances can cause an artificial power surge by demanding a large amount of current. When the device is turned off, the excess power in the lines will spike to outlets, damaging anything that is not protected or unplugged.

How is a Lightning Strike Different than a Power Surge?

Lightning strikes are a natural phenomenon that originates outside of your power lines. Lighting is caused by air molecules and water molecules in a storm colliding and producing enough friction to create a massive static charge. The charge is the lightning strike itself. The power line does not have to receive a direct hit from lightning (but often does) to cause damage.  A lightning strike near a power line can create enough of a charge in the air to be absorbed by the power lines and discharged through the outlets in your home or business. Lightning strikes are much more powerful than power surges caused by a power company and are well known to residents in the greater Lakeland area.

Is a Surge Protector Worth the Cost?

Is a surge protector worth the price? In a word, yes.  Surge protectors are relatively inexpensive and easier than unplugging valuable electronics every time there is a thunderstorm. In Central Florida lighting occurs frequently, a whole house or office surge protector is wise. A licensed electrician should install the whole house surge protector. Once it is installed, you can rest easy that any of your devices that draw electricity from an outlet will be safe from both power surges and lightning strikes.

If you live in the greater Lakeland or Plant City areas, let Dynamic R.I.C. Electric install a whole house or office surge protector. The investment is worth the peace of mind; it will give you and prevent costly electronics replacement. Call 863-333-0762 or fill out our online contact form, one of our experienced and knowledgeable staff members will be happy to discuss the installation with you.

Why You Should Use Electric Heating

Has Your Smoke Detector Expired?

3 Tips to Tell if Your Home Has Proper Electrical Grounding